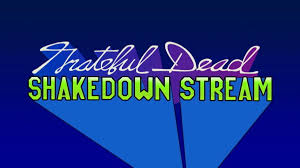 Palm Arts is committed to bringing the Arts to our community. This weeks recommended Digital Showcase Selection: The Grateful Dead will stream a weekly concert series on their YouTube channel.

Palm Arts is committed to bringing the Arts to our community. This weeks recommended Digital Showcase Selection:

The Grateful Dead will stream a weekly concert series on their YouTube channel. Appropriately named Shakedown Stream, the series will premiere on Friday, April 10th, at 8 p.m. EST.

The band will kick off with Truckin’ Up to Buffalo, a full screening of their Fourth of July show from July 4th, 1989 at New York’s Rich Stadium. The 21-song set includes covers of Bob Dylan’s “When I Paint My Masterpiece” and “All Along the Watchtower,” as well as classics like “Bertha” and “Morning Dew.”

They also performed “I Will Take You Home” toward the end of the set, a track from their final record Built to Last, which was released a few months after the show.

Prior to the screening, Dead archivist David Lemieux — who is exceptional at Twitter — and historian Gary Lambert will broadcast a live show. Viewers can click on a “donate” button, which contributes to the MusiCares’ COVID-19 Relief Fund.

“We’ve decided to start the streaming video series with the Buffalo ’89 show for a couple of primary reasons,” Lemieux said in a statement. “Its excellence is indisputable and is something that we think pretty much everyone will enjoy in the absence of actually being able to see live concerts; and, as a tribute to the many rabid, loyal Dead Heads from the hard-hit tri-state area, which has been affected more than anywhere else in the country. To all of the Dead Heads in New York State and beyond, this one’s for you.”

The following Friday’s Shakedown Stream will feature the 1977 Grateful Dead Movie, which was directed by Jerry Garcia and includes snippets of their 1974 shows at San Francisco’s Winterland.